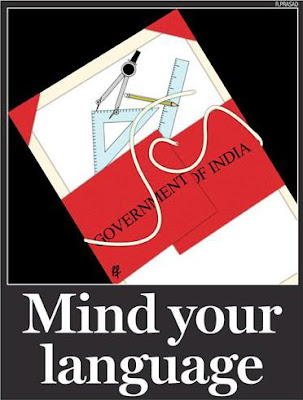 AS A professor, economist, minister and prime minister over the last five decades, Manmohan Singh, more than anyone else, knows how unprofessional and underperforming our bureaucracy is. He is equally aware that his pursuit of 10 per cent growth will come to naught if the sloth continues.
The genial doctor is not the kind to crack a whip but he has made it clear that nothing less than radical reforms in the bureaucracy are called for if the targets set by his government are to be achieved.
At a chief ministers conference on e- governance just before the last general elections, he dropped a few hints about the sloppiness in the bureaucracy, particularly while drafting notes for cabinet and inter ministerial consultations and in matters that related to the states. He recalled the PV Narasimha Rao regime, when he was finance minister, and noted that in those days such notes were “ clear, composite, complete and nothing was missing”. Cabinet secretary KM Chandrashekhar has so far maintained a low profile, but with his term now extended, he has decided to crack the whip. The grapevine has it that, taking the cue from the pri

me minister, he has now launched a programme to familiarise the bureaucracy with one of its basic duties — preparing notes. The result was the first “ Workshop on Preparation of Cabinet Notes” where participants from the level of joint secretaries and above were to be taught to “ familiarise themselves with relevant procedures, instructions, minimise deficiencies in preparing cabinet notes, create awareness for preparing better quality notes, acquire better understanding of cabinet procedures, minimise procedural errors in notes and reduce the time for finalising these”. Most of us would think that these are basics that bureaucrats were taught during their stint at the Mussoorie academy as probationary officers. But the August meeting is proof that the babus have unlearnt all that. On several occasions, cabinet meetings, inter- ministerial consultations or even the Centre’s meetings with state governments have been abruptly called off midway because of faulty or incomplete drafting of notes.
Something like this would never happen in the private sector where company honchos are accompanied by legal experts who vet every word that goes into a document. But in the government, this is the rule rather than the exception. Babus sometimes are too lazy to check if his or her department has the competence and the jurisdiction to look into a particular matter. They forget to check if Chandrashekhar the subject matter at hand concerns the central government exclusively or it lies in the state list which implies that the states must be consulted. In matters that call for inter- ministerial consultations, often these are given the go- by, leading to wrangling over jurisdiction.
A note which is said to have been prepared for the meeting makes for hilarious reading for no other reason than it shows how casual the approach of our “ steel frame” is. Babus are advised to “ check whether the name of the ministry, security grading, page number, file number etc are correctly indicated on each page, that each paragraph is not bulleted but numbered, the date of the note as given on the front page is the same as the one signed by the officer, that notes have been typed in double space of A- 4 size paper, 1.5 inch left margin has been given and the notes have not been bound spirally and been stapled only once on the left hand corner”. Other gems include these: “ quality of the language used must be clear and unambiguous, all pages must be numbered and arranged sequentially”. Democracy may not be about speed. The commies and the tinpot dictators do things faster.
Democracy is about transparency and accountability which tyrannical despots cannot lay claim to. The cabinet secretary must be lauded for his initiative which has now been adopted by individual ministries which are now conducting their own workshops to ensure that each babu works according to the guidelines laid out. In particular, bureaucrats should know that though they think they are good administrators, they may not necessarily be good communicators.
In this age of communication, that’s equally important.
The key test of course will be if this programme is extended to the entire bureaucracy and the government holds out the promise of reward for good performance. That would automatically imply that the laggards are punished. With pay cuts preferably.
Posted by Prabhu Chawla at 8:37 PM