Osama fallout hurts Manmohan's dreams
Is there a rift between the Government and the Congress on Pakistan? Prime Minister Manmohan Singh is all for continuing the dialogue with Pakistan which is steadfast in refusing to take action against the 26/11 perpetrators. Last Friday in Paris, Foreign Secretary Nirupama Rao also elegantly articulated India’s current Pakistan policy. Home Minister P Chidambaram, though miffed with our hostile neighbour, had earlier advocated discussion and dialogue. On the other hand, Congress leaders refrain from speaking in public on this policy, privately favouring the suspension of talks. They are upset about the open defiance of India by pro-Pakistan elements in Srinaga 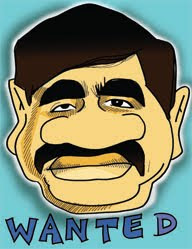 r like Syed Ali Shah Geelani’s procession protesting Osama’s killing. Many Union ministers and Congress office-bearers have warned the party high command about the negative impact of India’s soft Pakistan policy on the public mood, especially after the Abbottabad raid. Powerful foreign office mandarins influenced by American thinking are ignoring all political feedback; they are determined to push a Keep-Pakistan-Happy policy. The Ministry of External Affairs has mounted enormous pressure on the Government through opinion-makers, saying any reversal of India’s attitude towards Pakistan at this state would strengthen pro-Taliban elements. The survival of many think-tanks, managed and run by former diplomats and academics operating from India and abroad, depends on Indo-Pak relations. Some are upset with the revival of a pending demand for Pakistan to hand over 25 terrorists, including Dawood Ibrahim. Salman Bashir, Pakistan’s foreign secretary, took advantage of this rift, stating undiplomatically that “I only see them (statements) as symptomatic of trends and tendencies within Indian establishment and their armed forces to subvert the agenda of Prime Minister Manmohan Singh. I don’t think Indian leadership would really subscribe to this”. On the same day , General Kayani issued a veiled threat to India. With Pakistan refusing to yield and the US asking India not to compare 26/11 with 9/11, Manmohan’s grand dream of peace with Pakistan could be in jeopardy.
Manmohan takes it easy for now
If Congress leaders and top civil servants are to be believed, Prime Minister Manmohan Singh has drastically cut down on public appointments. He is also avoiding political meetings. As against over a dozen appointments a day, he is now accepting less than half-a-dozen meetings and so-called courtesy calls. Many chief ministers have called off their New Delhi visits since they weren’t sure of getting an appointment with the PM. He is particularly avoiding meeting corporate leaders and even some of his own party leaders. Manmohan, however, continues to hold weekly Cabinet meetings and important Cabinet committee meetings as well. Manmohan watchers feel he is catching his breath so he can deliver a powerful punch later in May.
Telecom scam politicking thickens
Though a divided BJP took Murli Manohar Joshi’s 2G scam report to the people, no one has a clue to its ultimate fate. Will Speaker Meira Kumar forward it to the Government? Or will she turn it down over the letter written to her by 11 of the 21 members of the Public Accounts Committee (PAC) rejecting Joshi’s findings? Meira won’t say. Is she waiting 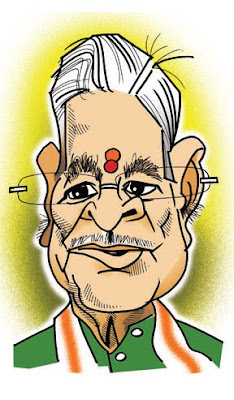 to discuss the matter with all parties before taking a decision? Insiders say the findings may be referred back to the PAC for a final decision. Since the report has been neither accepted nor rejected formally, the Speaker is within her rights to ask the committee chairman to take all into confidence once again. Since the UPA now has a clear majority in the reconstituted PAC, the Congress may not be averse to the idea of discussing and demolishing the Joshi report and save the PM from embarrassment. The Congress, however, is keenly watching the growing rift between the Parliamentary and organisational wing of the BJP over the 2G scam. No Opposition leader attended the first public meeting in favour of Joshi’s report organised by the Delhi unit of the party. BJP President Nitin Gadkari, Joshi and former Union minister Yashwant Sinha, who was also one of the BJP members of the PAC, addressed the meeting. Neither Joshi nor Sinha is given prominence in the party’s parliamentary affairs. Though the decision to take the issue to the people was taken at L K Advani’s home, it was left to the party chief to decide the names of the speakers and mode of agitation. Is the BJP trying to recast its image as a constructive yet accommodating opposition party?
More power to VIP security
The Government has decided to eliminate all bureaucratic roadblocks when it comes to the protection of national leaders. The exercise, obviously, has begun from the Special Protection Group, responsible for the security of the prime minister and his family, Sonia Gandhi, Rahul Gandhi, Priyanka Gandhi, and Atal Bihari Vajpayee. Recently, the Government decided to extend the financial powers of a secretary to the director, SPG, who holds the rank of only special secretary. Bharat Vir Wanchoo, a 1976-batch IPS officer from West Bengal, will now have the power to clear projects, equipment and other requirements up to a limit of Rs 25 crore—Rs 5 crore more than a GOI secretary’s sanctioning powers. Wanchoo will enjoy this privilege as long he heads the elite force. A confidant of the Gandhi Parivar, he superseded five senior IPS officers to be appointed the SPG director after the UPA won in 2009.
Posted by Prabhu Chawla at 11:00 AM