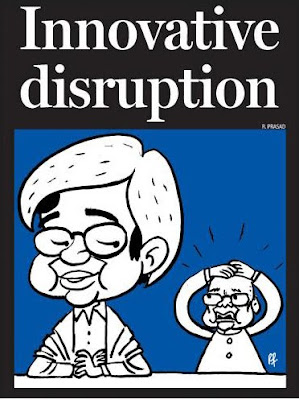 THE JOB profile of the Union home minister has never included the word “ diplomacy”. Palaniappan Chidambaram knows it better than any of his predecessors, including that old hawk Lal Kishen Advani. When Prime Minister Manmohan Singh decided to send Chidambaram to Pakistan to do some plain speaking to his counterpart, Rehman Malik, the idea was to convey the message that henceforth, at least as far as Indo- Pak ties were concerned, domestic politics would dictate diplomacy.
After the fiasco of foreign minister S. M. Krishna’s Islamabad visit last week, in hindsight, it appears that whoever advised Manmohan Singh to draft Chidambaram in the new diplomatic offensive must be an expert in innovative disruptions. After all, never before has a visit by the home minister preceded that of the foreign minister as part of confidence building measures. North and South Blocks stand barely 100 metres apart on the Capital’s Raisina Hill, but it appears that the disconnect between the two imperial era buildings that house the foreign and home offices is too wide.
Dealing with a hostile and ever unpredictable neighbour like Pakistan would tax the most suave of diplomats. Seasoned foreign office mandarins have told me that to be part of a dialogue team with Pakistan is akin to inviting distress.
This was quite evident last week when officers on either side of Rajpath were engaged in blame game for the disastrous visit of foreign minister Krishna to Pakistan. Bureaucratic turf fights are nothing new but at issue now is the conflict between diplomacy and domestic politics which is now fodder for the media.
Chidambaram’s trip to Islamabad was disruptive innovation at its best, aimed at bypassing the conventional dialogue mechanism which was stuck in the past. 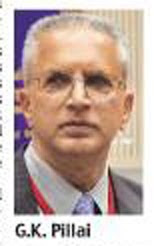 The home minister landed in the Pakistan capital with a mandate from the government to address the concerns of the home constituency. What he told them was bitter, yet true, of the clear involvement of their defence officials in the many terror attacks on India, particularly 26/ 11.
These weren’t just dossiers compiled by the investigating agencies but revelations made by David Headley to Indian investigators in the presence of FBI officers in Washington. Chidambaram’s plainspeak had put the Pakistan establishment on the defensive and interior minister Malik was condescending enough to tweet that “ Chidambaram was a very intelligent politician”. It was widely believed that Chidambaram’s triumphant return to New Delhi would be followed by a final assault on the Pakistan establishment.
So were home secretary G. K. Pillai’s comments on the day G. K. Pillai when Krishna was to leave for Pakistan part of the disruptive agenda?
Shortly before Krishna arrived in Islamabad, the Indian media quoted Pillai saying that from the confessions of Headley, it was clear that Pakistan’s ISI was behind the 26/ 11 attack. His remarks are now said to be the reason for the talks getting stalled even before they could begin.
Back in India, a red- faced Krishna says that everything Pillai said was right, but its timing was the reason the talks failed.
Pillai, an upright civil servant whom any bureaucracy would be eager to embrace, is now said to be so downbeat that he contemplates putting in his papers.
Why didn’t the mandarins in the foreign office pick up the signal — that his exercise was meant to bring Pakistan back to the unfinished agenda of the home minister’s visit? But our diplomats refused to pick up the signals. They converted Krishna’s visit into just another aimless bilateral engagement.
It gave Pakistan a chance to pay back by disrupting the conventional dialogue. Pakistan foreign minister S. M. Qureshi even questioned Krishna’s authority to take decisions. Krishna’s humiliation was complete.
It is the first time that there have been two high profile ministerial visits to Pakistan. It is also the first time it has led to domestic political crises of such magnitude and divided the cabinet and the bureaucracy right down the middle.
The decision to send Chidambaram to Islamabad cannot be faulted and is among the boldest and most innovative steps that this government has taken. But it failed because one side kept up the pressure while the other preferred the status quo.
At the SAARC heads’ meeting in Bhutan a couple of months ago, the prime minister, in hindsight it appears, rather unwisely said that we will continue to talk no matter what happens.
The foreign office seems to have adopted that credo and chooses to walk the talk all the time, unmindful of the vast quantities of yolk that accumulates on its face.
Posted by Prabhu Chawla at 8:41 AM

It boils down to :-
Let the country's foreign policy be decided by the 'intelligent' ones and get rid of the senile ones !

Good afternoon sir
My name is Sailandra Harsha , Heartly i want to ask u a question why u not posted here Arshad Warsi's aaj tak interview on sidhi baat here. if any problem share with all public, there are 100+ my friends want to watch that video.

Although British had also plundered India of its wealth during the period of East India company rule, but after the queen take over the rule by sending governor general to India, the east India company rule was stopped.
That British had won over all the major areas and included it into the British Colonialism. At last India was united under the British rule which would have been never possible as the Muslims had never dared to get all the small states and areas under them. All the 600 odd princely states were merged to British India and the British had appointed political agents for all the states.
All these shows that Hindus were never a fighter clan and force. They were betrayed by their own clan and people. If Hindus would be a fighter clan and force they would have never been under subjugation of all these Moguls and British. After we got freedom at midnight of 15th August 1947, we think that our good fortune has come and we would live a decent life free from corruption and subjugation but that was a mirage. All the British Civil Servant’s role was taken over by the Indian Civil servants who lead a lavish life style with unbridled power and absolute hangover of British India.All the British officers,generals,governors and agents were replaced by the present day Minister,CM,PM and their chamchas.
That there is no difference between British rule and Present day democratic rule.The conspiracy,under hand dealings are as they were.Only difference is that we call ourselves citizens of a Sovereign,free,democratic,secular,independent,republic country.But we have not replaced all the laws,rules,acts etc which were run by British to administer the slave India.We have the IPC and CRPC made by them. We have fabricated our constitution by copying the same from the British Constitution. Our leader never had the inkling that the constitution of an island cannot be suitable for a country like India whose population may be 120 crores by 2000.We are suffering all the problems of discontentment among states, corruption, regionalism, nepotism, terrorism, minority appeasement for votes and vendetta politics.
Now we cannot cry if our officers and ministers are found involved in corruptions. We are simply watching them savouring crores of our taxes by falsified and fraudulent method,bills,invoices.Our media which had brought Indira Gandhi to her knees is now kneeling down before her daughter-in-law.so shame on our media which is crawling before her when she had said to bend.
We as Indian are ashamed of ourselves seeing the colossal loot in CWG games. Yesterday Mr.Digvijay Singh had deplored the CVC who had the temerity to investigate the corruption in CWG without taking orders from her madam. So all these shows that the scam is as big as the Bofors scam and all the high level leaders are involved in the loot. No one is saying anything as the matter is in high level and the media is also getting silnce under directions from top. Our PM and Sonia itself are silent.
Are all Hindus of India should leave India and go to any other country on earth but there is no such place which can reside 100 crores of Hindus.But it would happen any day in future as they are silent,peaceful,lazy,foolish,carzy,impotents .we would rather wait for the day when all these pseudo secular parties would sell India to American forces and Hindus would be converted to Islam and Christianity by force, terrorism .We all Hindus have no respect for any Hindus, Gods and Goddesses ,Religion and primarily our nation,Hindustan,Bharat,India.We are simply hungry for power and money. What can a man need as his basic needs:- clothes,homes,foods.But we all Hindus want everything except our nation and religion. shame to us being A Hindu.

How does anyone expect MMS to be a gentleman? he has not been elected to lokasabha and instead entered parliament by back doors of rajyasabha and although there is no precedent of any rajyasabha member being the pm of the great country ,he became chosen as pm by madam sonia gandhi who need a goonga gudda to get her rule with impunity, being a extra constitutional authority. mms is simply a goonga gudda who can never open his mouth unless and untill so directed by madam to open and say. we all Indian are ashamed of ourselves thatw e are ruled by two nautankis who are doing nothing although country is passing through grave crisis. Our forces are being browbeaten in Kashmir by the anti national forces. How can security forces remain calm under so much provocation & being beaten by the anti Indian forces. We cannot fathom being a brave Indian. why do he is in the seat of pm if he is unable to save his forces killed in Kashmir as well as in naxal affected areas. Why he is playing Nero? if he feels himself helpless by circumstances he should resign and go to academics. He is unfit for pm post and good for academics.